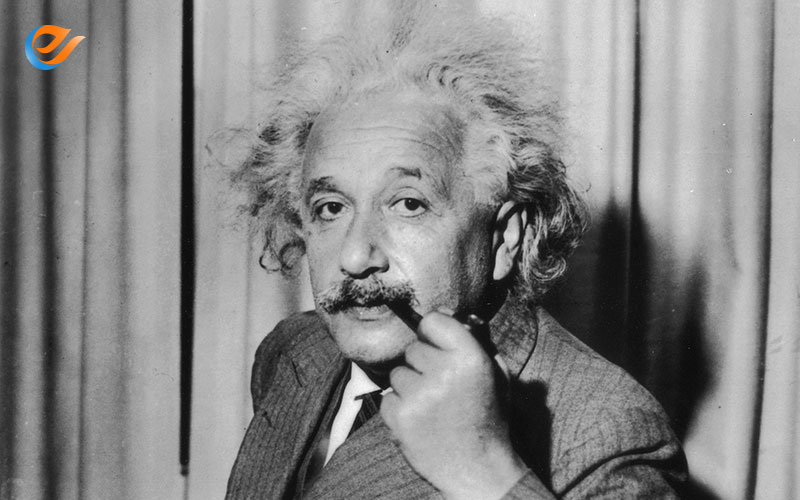 It is a well-known fact that Albert Einstein is perceived as an influential physicist of the 20th century. Albert Einstein was born in the 19th century, in the time when physics was rapidly developing. Many people consider Einstein the father of contemporary physics. The scientist made numerous findings and conducted research work in physics. That is why he is considered to be the most authoritative scientist of the 20th century. It is worth noting that the scientific field was revolutionized by Einstein. He described the gravity phenomenon in his famous theory of relativity. Einstein discovered the photoelectric effect and described it in detail in his quantum theory.  The above mentioned discoveries prove that the scientist was a real genius.

The birth place of Albert Einstein was the Kingdom of Wurttemberg. However, later, his family moved to Munich where his father owned a company that specialized in electrical equipment. Due to Einstein’s remarkable learning abilities, he was transferred to gymnasium. Einstein left home upon secondary education completion. When he was a child, he showed great interest in Mathematics. During the school times, he created different models and constructed mechanical devices of various kinds.  Einstein entered the Swiss Federal Polytechnic in 1890. He showed exceptional results in Physics and Mathematics. In order to avoid enrolling into the military service, the future scientist decided to leave the country and received Swiss citizenship.

In early 1900s, Albert Einstein became popular due to his publications in the field of science. He provided information about special relativity, energy equivalence and photoelectric effect. After reading his publications, scientists changed their perception of time, space and matter. Einstein’s theories had a significant influence on modern physics. As a result, Einstein became popular and received acknowledgement among the scientists. He gave lectures in many universities around the world. In the mid 1900s, he visited the USA and was welcomed as an outstanding scientist. In Belgium and Japan, he met many authorities and talked about his achievements in science.

Albert Einstein was an admirable scientist. His contributions to the contemporary physics are considered to be outstanding.